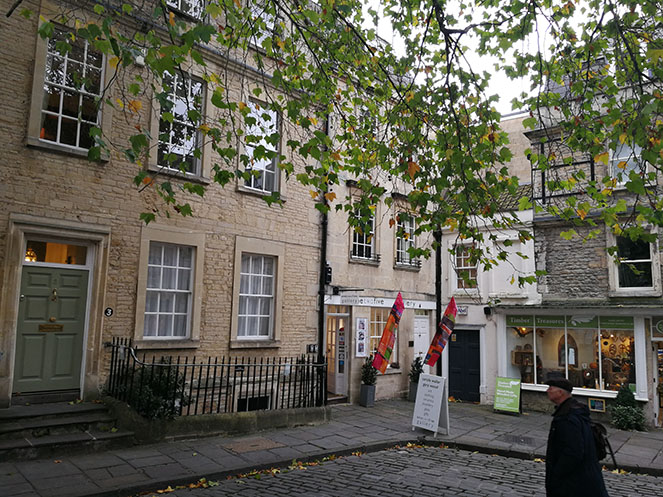 The creative partnership between Carole Waller and Gary Wood began over twenty years ago at their home in Bathford. Having just bought a house with two outbuildings in the back garden perfectly suited for conversion into studios, they then converted the main house, including provision for a gallery in which they could display Carole’s sumptuous clothing and art pieces alongside Gary’s ceramics. They already had a growing mailing list of clients and at this point began promoting a series of regular exhibitions at the house, which was called One Two Five. The name of the house came about because the main train line to London Paddington runs parallel to Box Road and having struggled to come up with a house name, they were inspired one day when a high speed 125 train whizzed past, immediately solving the problem of finding a name.

Three exhibitions a year in spring, summer and over Christmas soon became popular events, attended by an enthusiastic audience and the reputation of One Two Five as a great venue in which to see and purchase unique works of art, developed a strong following. In addition to showing and selling their own work, they also included work by other artists in their exhibitions and in the summer would show outdoor sculpture in the garden as well as other works in the main gallery indoors. Work by various contemporary jewellers became a popular, regular feature and was very sympathetic with Carole’s painted clothing.

One Two Five Gallery on Box Road continued for the next 16 years. Many happy days. 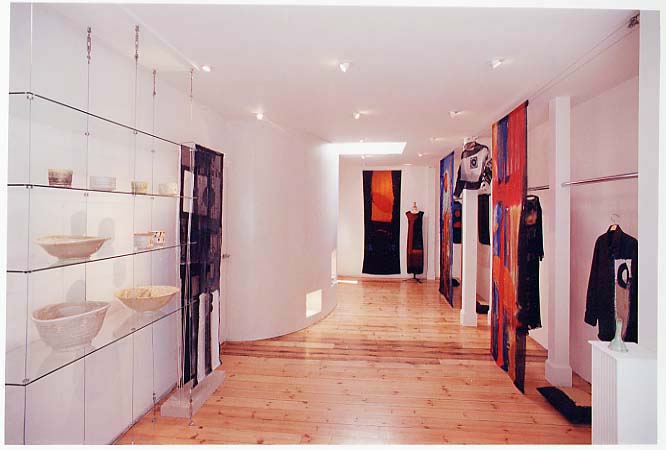 After a brief experimental endeavour to take on a public retail outlet selling their work at The Shed on Box Road proved successful, they decided to seek a similar outlet in central Bath and in 2015 found the perfect premises at 4 Abbey Green. One Two Five Gallery now had an ideal opportunity to reach a wider public and the client base began to grow even stronger. Gary and Carole love meeting people and sharing the essence of what they do. Now in its second year, One Two Five continues to grow.

Because the title of the gallery historically linked to the name of their house in Bathford, Carole and Gary made a radical decision this year to re-brand and re-title their business WALLER&WOOD. Everyone out there in and around Bath who are already familiar with One Two Five Gallery  will soon notice the new signage of WALLER&WOOD. Looking forward with renewed vigour to an exciting time ahead!