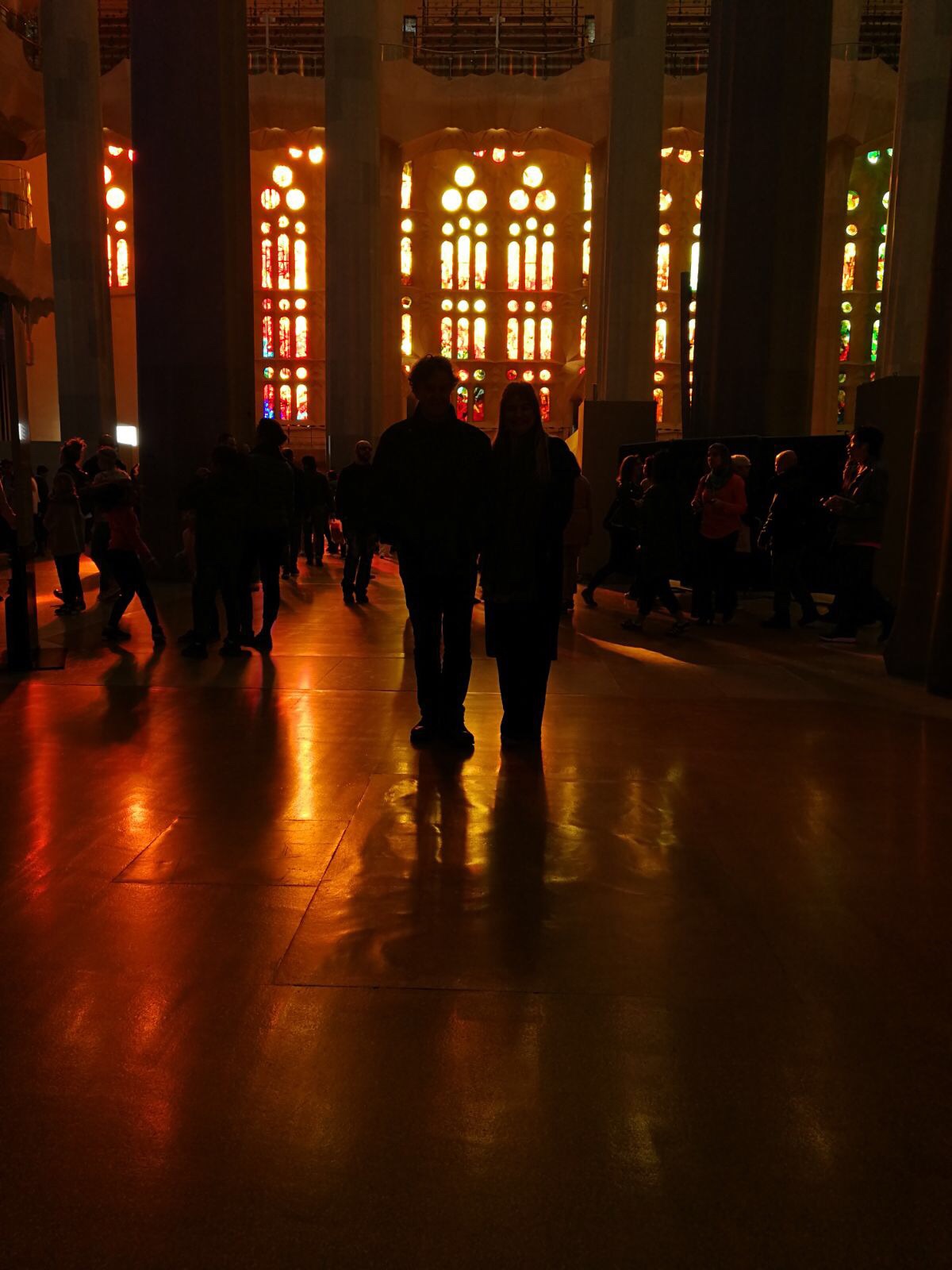 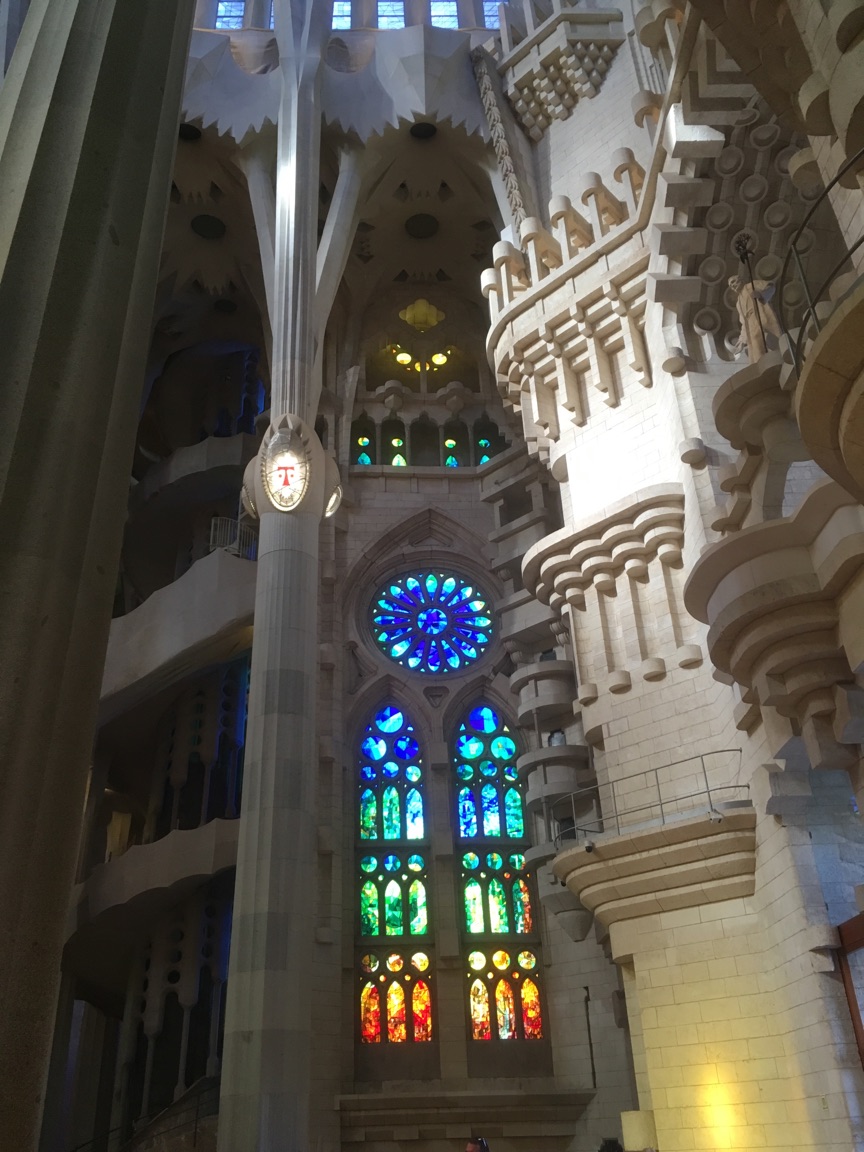 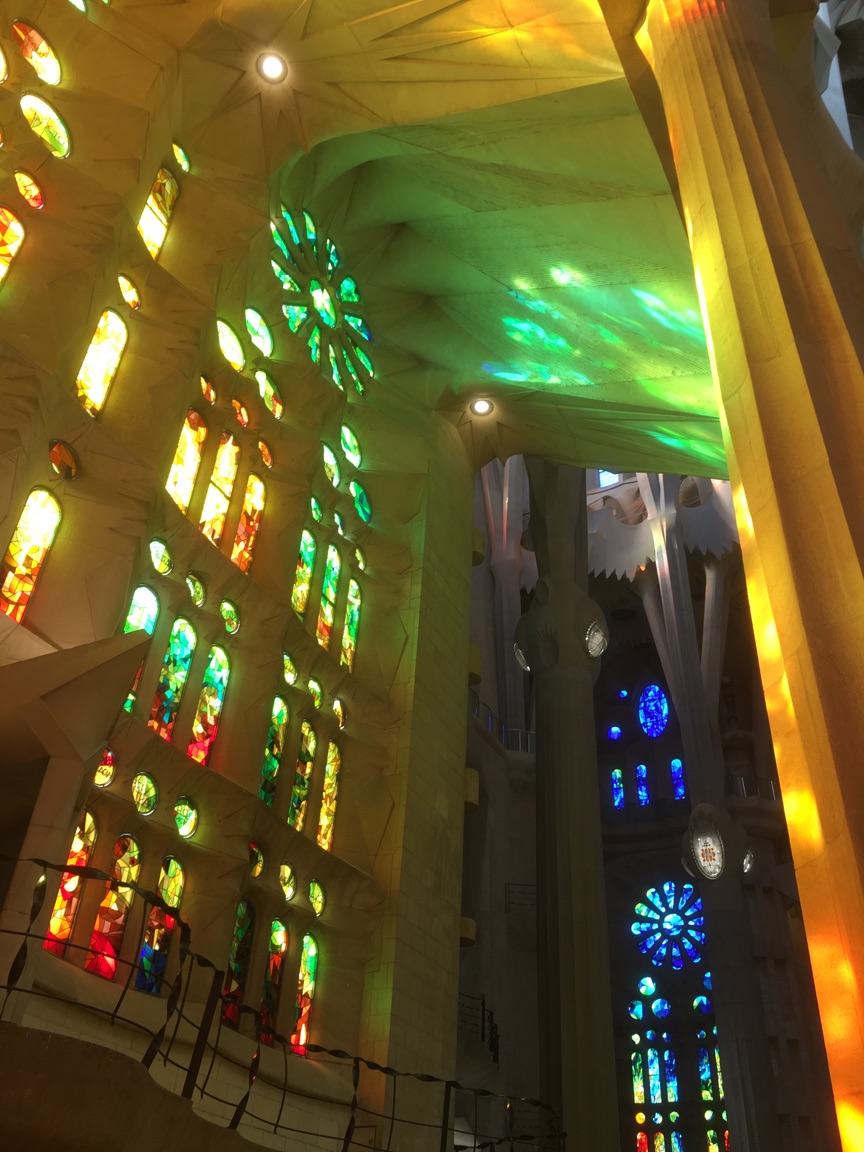 A much needed post-Christmas break took Waller&Wood to Barcelona for four days.

Having never been to this wonderful city before we were intent on fitting in as much cultural inspiration as possible.

We stayed in a self-catering apartment right in the centre of the old quarter, which was an ideal location from which to explore. You can walk the streets for miles there, which we did, soaking up the local and cosmopolitan atmosphere; sounds, smells and tastes of Catalonia.

The work of the famous architect Antoni Gaudí is in evidence at several different locations and one of the highlights of our trip was visiting The Sagrada Familia, an as yet still unfinished Gaudi temple. Work began on this amazing building in 1882 and Gaudi worked on it for 43 years until his death in 1926. At the time of his death the building was approximately a quarter finished and it is estimated  to be completely finished by 2026, which will be the 100th anniversary of Guadis’ death. Based on traditions of Gothic and Byzantine cathedrals, Sagrada Familia reveals great attention to surface detail and form in ways which totally transport the imagination, the effect of which is an otherworldly experience. The outside of this edifice suggests it could have been sculpted by a giant pair of hands out of a lump of clay rather than meticulously assembled by construction workers. Also, the contrast between the visual effect of the outside compared to the inside is very striking. As soon as you enter this building what hits you immediately is the extraordinary volume and beautiful quality of coloured light from the stained glass windows. In many older churches and cathedrals the stained glass windows are usually quite high up towards the top of a very high ceiling, causing the viewer to have to look upwards. But here, Gaudi has deliberately made the volume and size of the windows to such a large scale that visitors cannot avoid being literally bathed in a sea of beautiful celestial light of many colours. This light also becomes reflected in the floor, pillars and stonework, causing a softening effect.

For me, more than the physical structure of this temple, the way Gaudi has caused this magical gathering of light is truly trancendental, uplifting and awakening. This building is the sort of place one could return to repeatedly over a period of time and always discover something new and inspiring. As its construction is not due to be finished for another eight years, I think a few more visits in the future would be worthwhile. 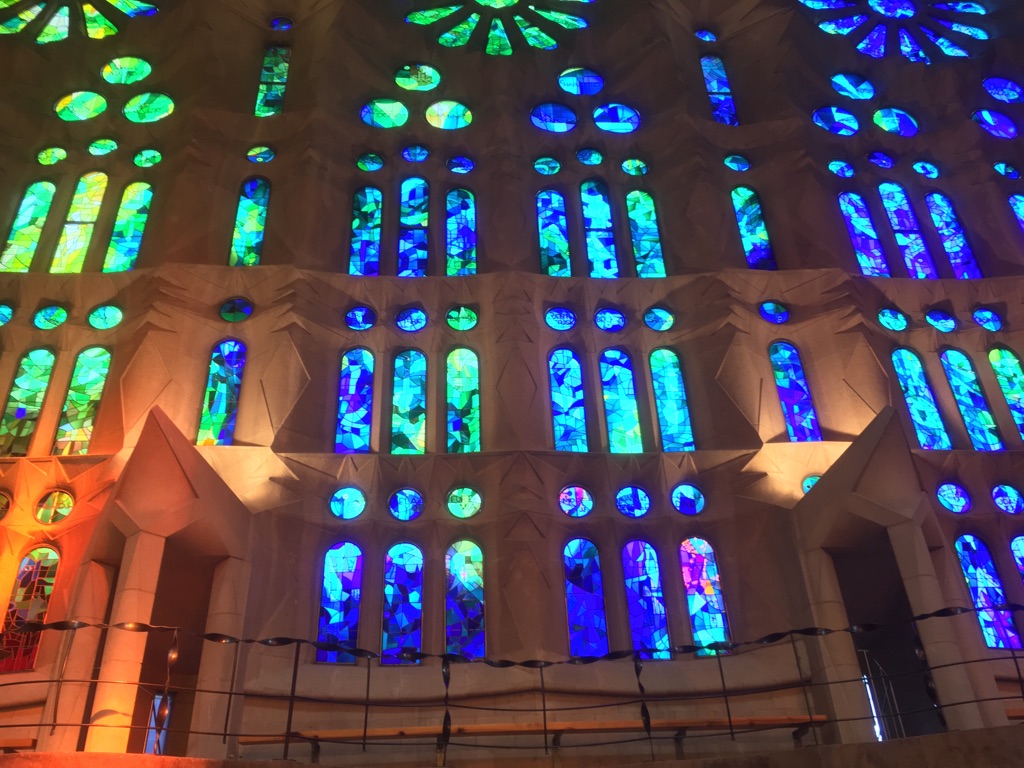 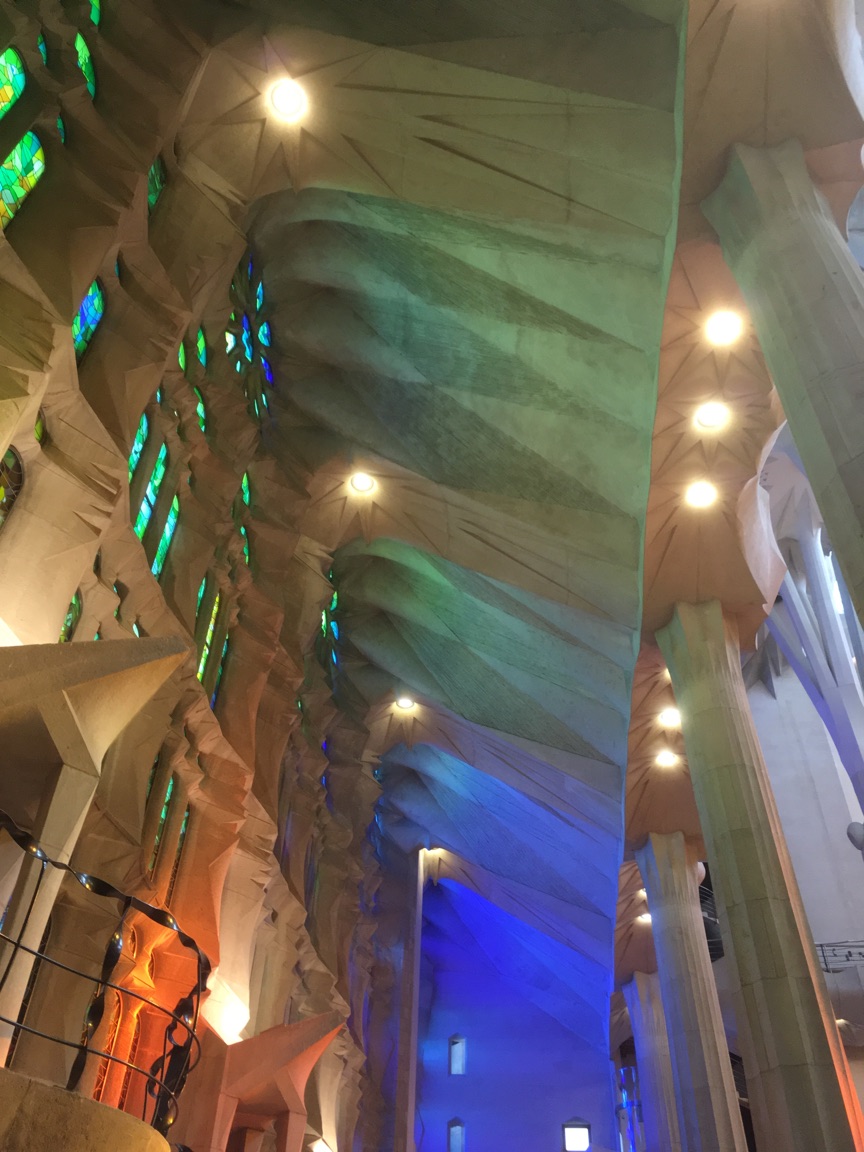