My painted ceramic wall art pieces and sculpture in stoneware and porcelain enhance interior environments in a wide variety of settings. These include hotels, private residences, hospitals, restaurants, reception areas, waiting rooms and any other setting featuring wall art installations.

I see the qualities of these boldly painted ceramic wall pieces as vigorous, contemplative and distinctive. My bespoke work can be commissioned to an exact brief, offering hotel owners and interior design teams unique options to elevate the ambience and style of an establishment.

Wall art gives private and commercial property owners and designers the potential to stir the emotions, integrating with other design elements to create a memorable room or other interior space.

My ceramic wall art pieces are usually made in series with a theme; inspired by nature, the sea, landscape, architecture or more abstract ideas.

A recent series of wall-based works were inspired by The Stargate Sequence in Stanley Kubrick’s film 2001 A Space Odyssey. Another series here are Portals, which connect to observations of apertures in buildings – doorways, windows, derelict mysterious facades once inhabited and now passed by.

The Container series of ceramic wall art panels was triggered by an interview with Tom Waits, in which he referred to songs as being Containers for feelings, emotions, self-expression.

In this work I am aiming to encapsulate the space between the viewer and the viewed. For any artwork to be truly present and resonant there has to be a visceral and emotional chemistry which is symbiotic and meaningful between the artist and the receiver. Francis Bacon said: “The job of the artist is to always deepen the mystery.”

Adding uniqueness to hotel settings and other interior spaces

Commissioning ceramic wall art pieces helps interior designers add unique qualities to commercial settings like hotels, and other public and private spaces created for people to enjoy. These can be complemented by my functional work: bespoke pots, and cups and tea bowls for food and drink, and can also be commissioned jointly with Carole’s painted glass panels for interiors.

My glazing, painting and firing relies on a certain amount of risk, chance and serendipity in that although familiar layers of colour are applied to the work, no two firings will ever be exactly the same. This results in a certain unique charge and power to the finished work which is never predictable.

Unlike painting with oils on canvas or other colours, glazing ceramic is working blind: the colours of the glazes pre-firing are not the same as the colours which appear when the firing is finished and the work is taken from the kiln. The kiln firing itself is a letting go of any pre-conceived conceptions of what might be, and an acceptance of an alchemy brought about by subjecting the work to fire at a very high temperature.

The Container Project was a collaboration between Gary Wood and music students Will Renel and Joe Wheba from Goldsmiths University London, in which Gary presented six of his painted stoneware wall pieces to Will and Joe and was interviewed by them on film, talking about where his inspiration had come from with regard to each piece of work. Will and Joe then spent time in the studio creating their own musical interpretations of each of Gary’s pieces of work. This is documented in a film where they each describe their thinking and approach, referring to Gary’s titles of the individual works, but constructing contrasting musical meanings and composition connected to each piece. The outcome of all this resulted in a public, interactive installation where each of the ceramic wall mounted works were connected to speakers which fed back to a mixing desk that the public could manipulate to control volume and single or combinations of sound, resulting in an immersive, intrinsic environment of interconnected visual art and music. 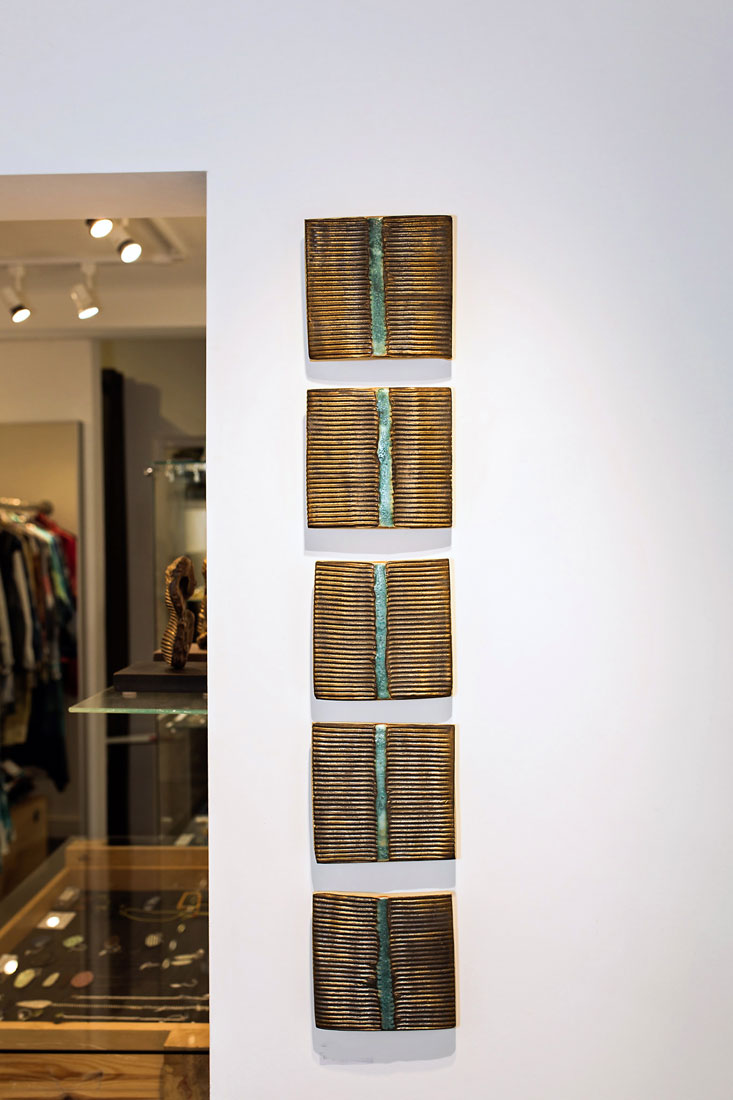 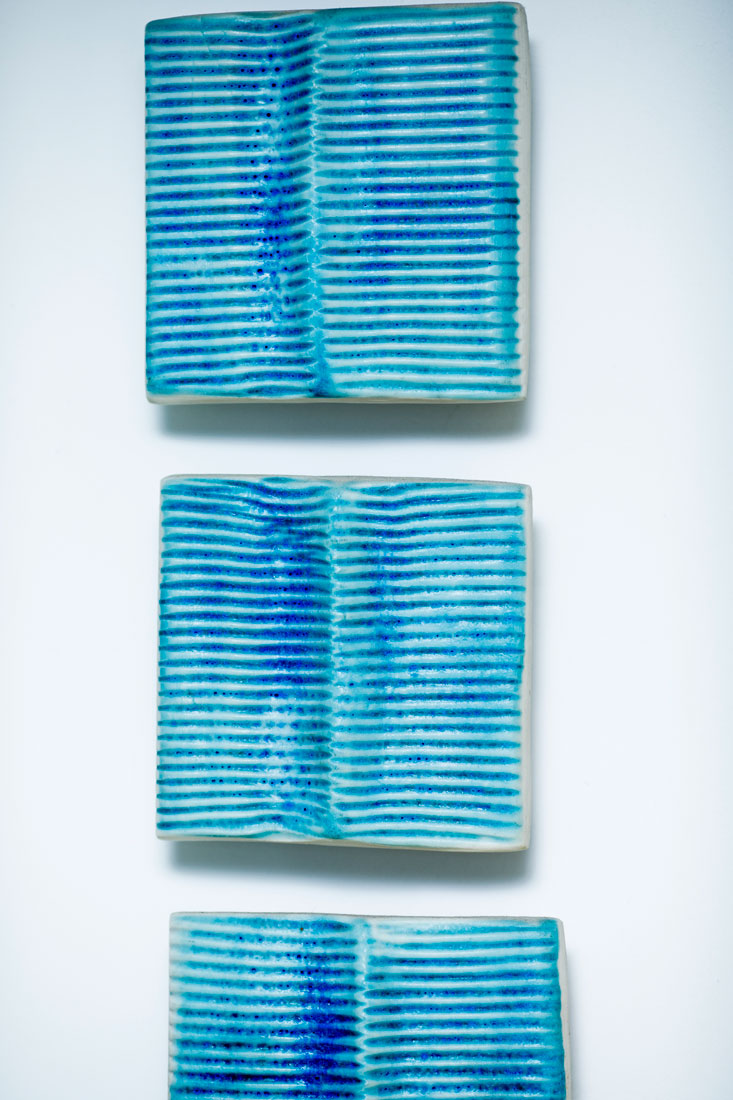 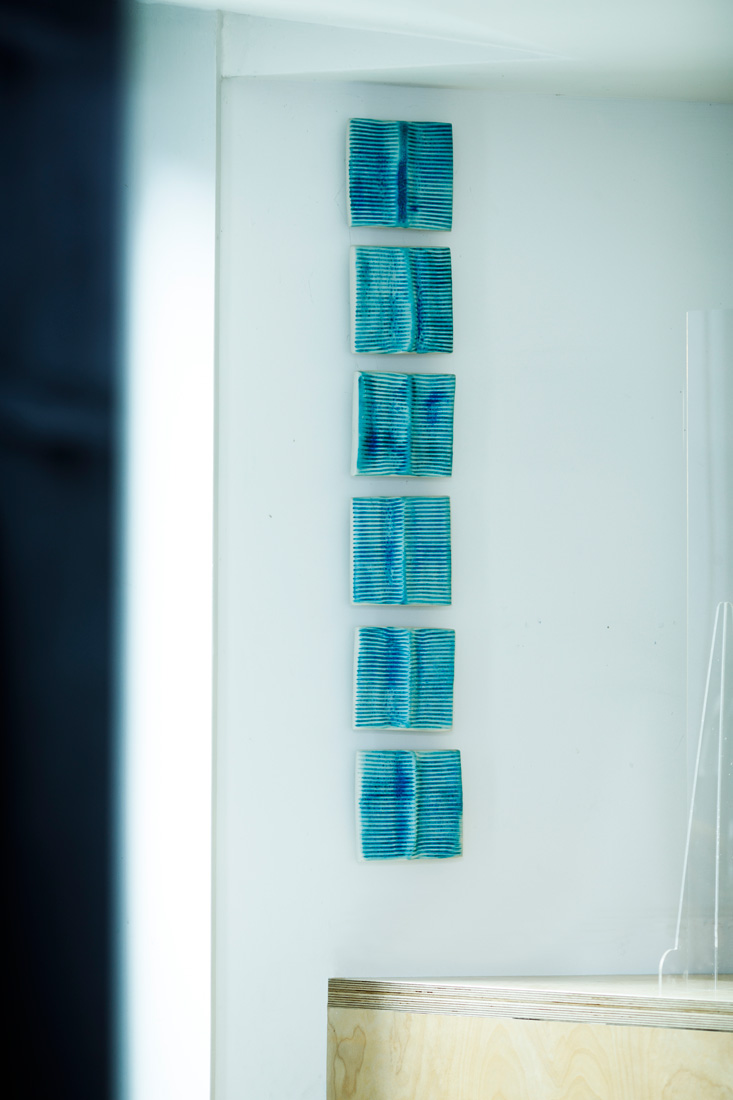 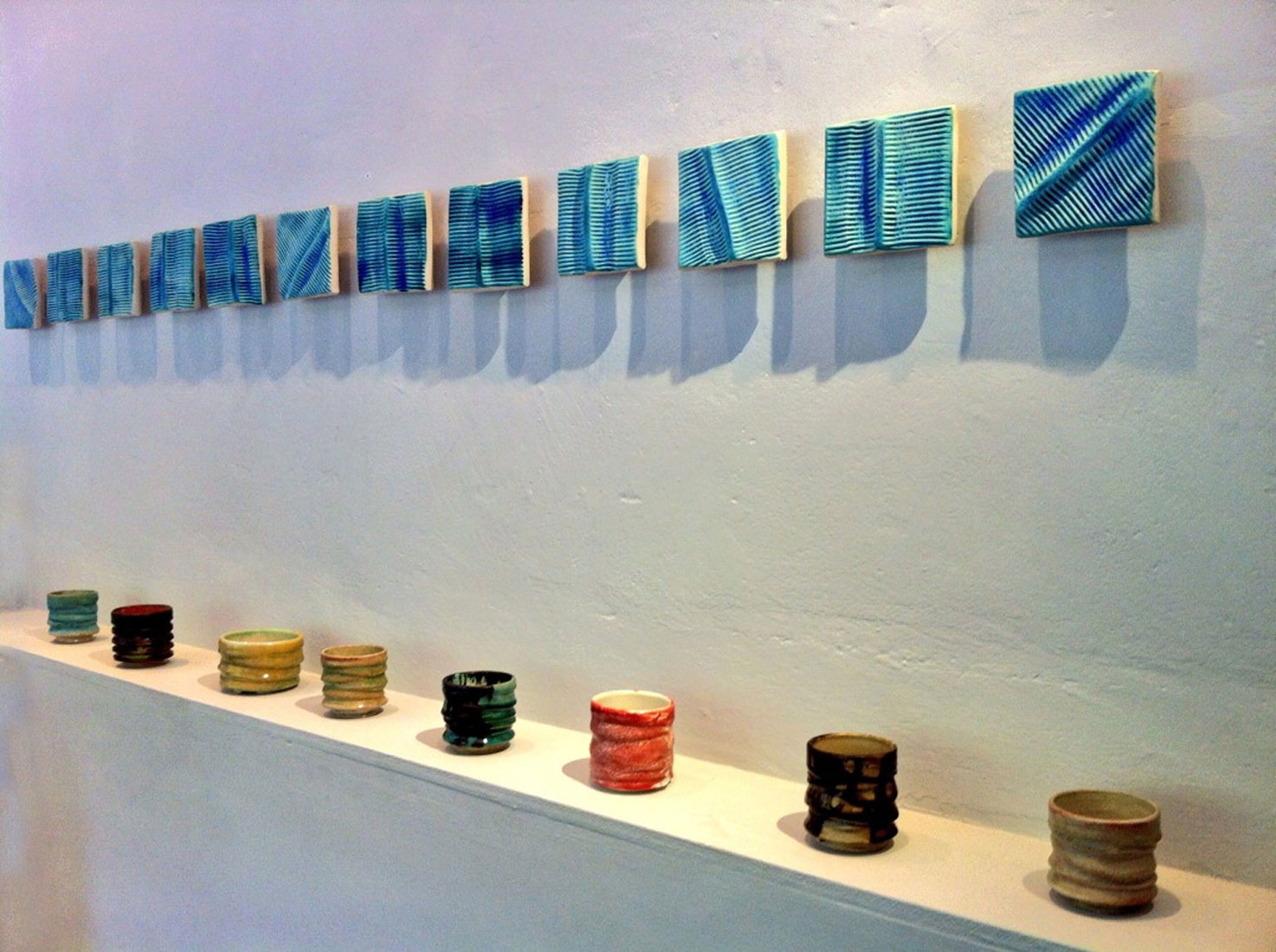 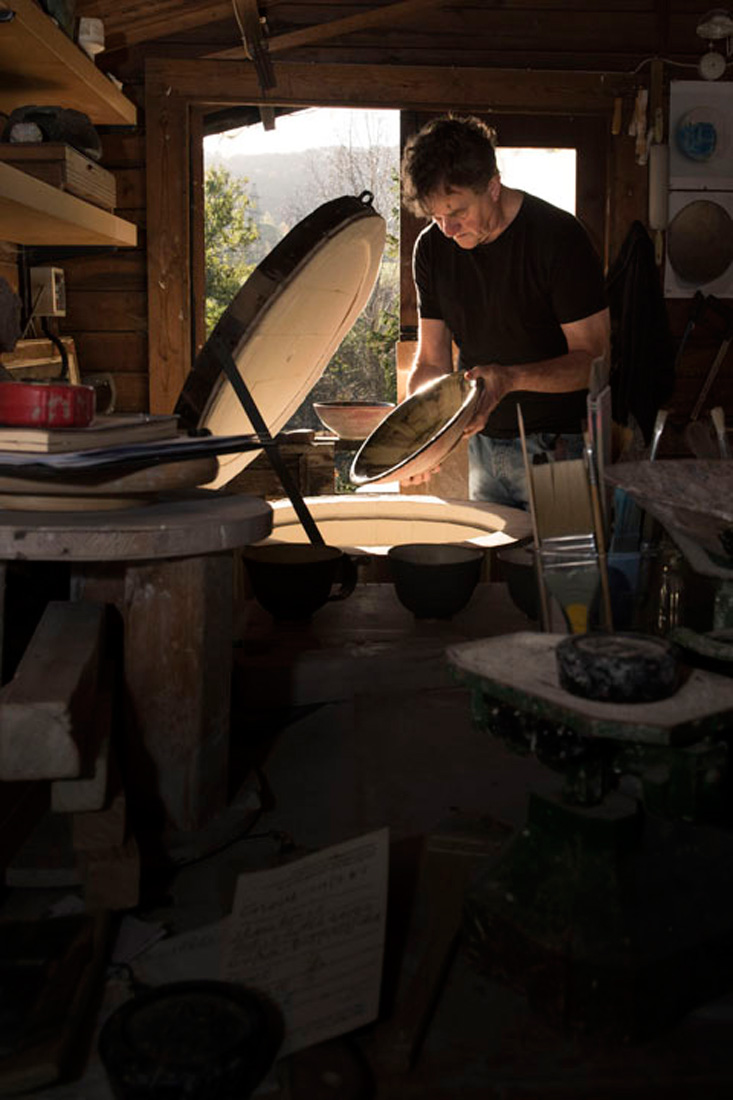 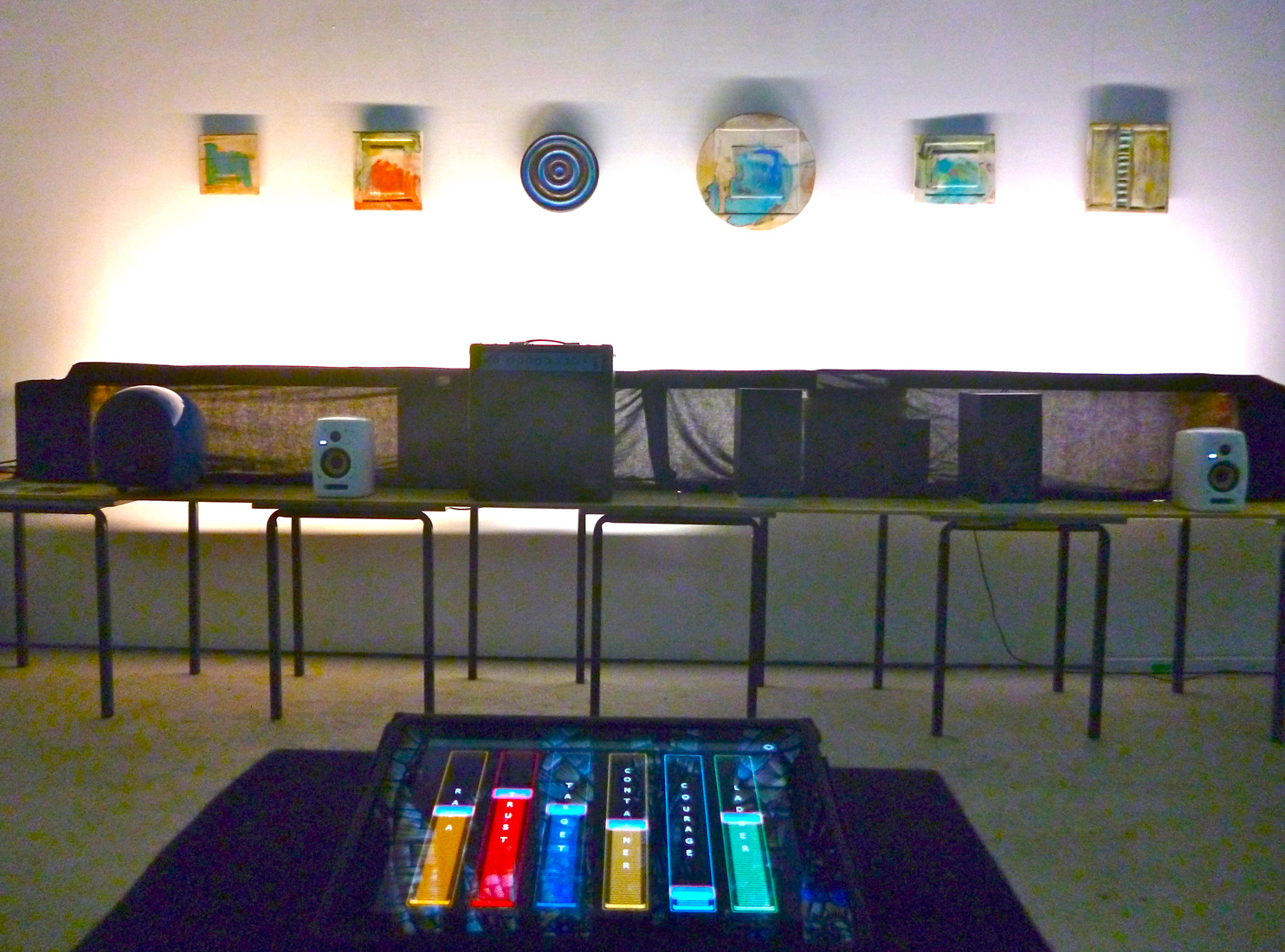 – we’ll share updates on our work, gallery events and the things that inspire us.